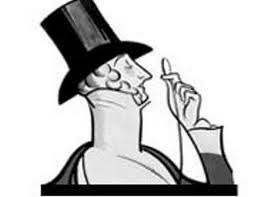 Recently I took part in a back and forth in an online discussion, on the Irish Times music blog, about jazz and its perception in the eyes of the public. And there was lots of the ‘people think of jazz musicians as being ‘elitist’ accusation. And of course there were lots of ‘we’re not elitist!’ rebuttals from various respondents. And this is a thing I’ve seen many times recently – a kind of desperation on the part of jazz musicians to not be seen as being any different to any others, to be accepted as being the same as any other musicians, to be seen as being the same as rock musicians, or country musicians (though different to classical musicians for some reason.....). And in a way I’d, in an intellectually lazy way, almost come to believe that myself. But if I’m being honest with myself, I have to say that deep down I don’t believe we’re the same as everybody else. I believe that as musicians, as people who are involved in the craft of music (as opposed to the art – that’s a different story....), we’re as good as anyone, and better than most. And we should stop apologising for it.

In fact we should, I believe, not be afraid to have pride in what we do and in the uniqueness of what we do.

I remember when I was in secondary school, in a religion class, the teacher stated the view that to be a true Catholic you had to believe that all other religions were wrong. I (being the worst Catholic since Genghis Khan), thought at the time that this was a shockingly intolerant opinion expressed by an old reactionary, but then when I thought about it I realised that he was right – if you’re a Catholic but believe that Buddhists (for example) might be equally right in their beliefs, then why would you be a Catholic? To put this into a musical context – for me, given the amount of work it takes to play the instrument well enough to play jazz, to know harmony well enough etc. - given all that, then if I believed that Indie-rock (for example) a music that is much less technically demanding, had the same value as jazz, then why would I go to the trouble of doing all that extra work on the instrument? If, in my heart of hearts, I really believed that Indie-rock was of equal value (to me) as playing jazz, then why wouldn’t I become an Indie-Rock musician and save myself all this technical practice? And the simple answer has to be that for me, being a jazz musician is more important than being an Indie-rock musician.

I’m tired of the apologetic stance taken by jazz musicians about their own music – why should we be so desperate to not be seen to believe that this music is somehow special? This music IS special! This tradition is special. It is unique, it has been peopled by some of the greatest musicians and artists of the 20th Century and it has produced some of the greatest works of musical art of the past 100 years. It has enhanced and enriched the lives of millions of people, it has influenced thousands of musicians, many of whom work outside the strict ambit of jazz. It prizes the musicians who work for the good of the group, while at the same time honouring individuality. To play it at its best demands, at the very least, great technical skill, an ability to listen to others while improvising your own part, sensitivity to your immediate musical environment, an ability to make split-second musical decisions, to hear everything you’re about to play just before you play it and then reproduce it on the instrument instantly. 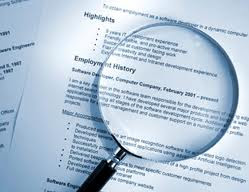 Add to that an ability to read music, to know large amounts of jazz repertoire (melodies AND harmonic schemes), from memory, and an understanding of the major stylistic developments in music (all music, not just jazz) over the past century and you have a job description of the minimum requirements for a contemporary jazz musician aspiring to play the music on a high level.

When you see a jazz musician playing this music well, you are seeing someone who has submitted him or herself to years of discipline and practice in order to be able to play a music that is not only profoundly difficult to master, but is also generally financially unrewarding. You are also looking at someone who has at some point had the imagination and determination to set out on what they know will be a long and tough road, but a road they’re willing to travel in order to partake of one the world’s great musical traditions. They are prepared to undergo all of this work, all of this effort, for the sake of the music and in order to be able to play it with others.

Does that make them elitist?

Am I an elitist?

Frankly I’m past caring what people think – in general this ‘elitist’ accusation is born from a very lazy intellectual standpoint, usually made from the kind of person who would in no way submit themselves, in any music, to the kind of discipline and hard work necessary to be a jazz musician. If someday I’m accused of being an elitist by a musician who has spent over 20 years of technical practice and total immersion in their music and who plays it at the highest level, then maybe I’ll give the accusation some thought. Until then I couldn’t be arsed answering those accusations any more. I don’t have time for that kind of time-wasting distraction, I’m too busy working on the music.
Posted by Ronan Guilfoyle at 8:27 PM