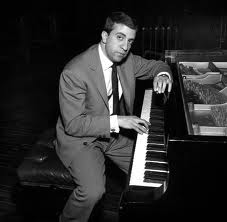 In a recent blog post, Ethan Iverson has a good swipe at anyone (and there are many) who wilfully, or stupidly, misunderstand the work of Thelonious Monk. Ethan said in a post a while ago that should he and I meet we’d probably disagree on most things relating to jazz - an opinion I’ve never really understood quite frankly, because I find myself in agreement on most things that he writes about in jazz, and in particular when he writes about the historical jazz canon. And in this post in particular I think he’s right on the money, both in relation to Monk and his other sidebar criticism of Martial Solal.

I’ve always found Solal to be brilliant, but almost too brilliant. His fluid technique and febrile imagination seem to conspire to refuse to allow him to ever settle on a vibe or an idea for longer than a couple of seconds before he’s off again to demonstrate some other kind of pianistic or improvisational legerdemain. His playing is the musical equivalent of being on a Roller Coaster – full of thrills and adventure, but not something you’d want to do all day.........

Having said that, he IS a true original with a style that incorporates Tatum-esque flourishes but with a very different harmonic approach. His ability to leap from idea to idea is startling and there’s obviously a brilliant improvisational mind at work. He was one of the first really original European jazz musicians and his style was almost fully formed from a very early stage. Here’s an example of his quixotic brilliance in a trio performance of ‘Green Dolphin Street’ recorded in the 60s (couldn’t find any more of this footage on Youtube, which is a pity – looks like a fascinating show) - check out Johnny Griffin’s admiring comment at the end - ‘Ridiculous!’. Yes indeed, it IS ridiculous

But despite the brilliance, or maybe because of it, I often find myself tiring of Solal quite quickly, especially because of his inability, or disinterest perhaps, in sticking with one idea for any length of time, or with letting the music breathe at all.

Which is in stark contrast to Monk’s approach – a man who had an incredible ability to explore and/or repeat small amounts of material for long periods of time. It was Solal’s public dismissal of Monk’s pianism, at a recent talk in New York, that set Ethan off on his angry rebuttal of both Solal’s opinion that Monk couldn’t really play the piano, and of the people who thought Monk’s music lacked seriousness. He also took a swipe at the many people who over the years have believed that Monk’s music could be reduced to a stereotype by just adding a few clusters or sudden displacement of a note or two.

Which is something I’ve felt for years too, and in reading Robin Kelley’s biography (which I previously discussed at length here) it’s clear that this kind of dismissal of Monk as a kind clownish amateur pianist who, as was sometimes grudgingly admitted, wrote interesting tunes, was an opinion that dogged Monk for years when he was alive, (doubtless denying him many work opportunities), and incredibly, seems to be still around in some quarters.

I’ve never ever understood the idea that Monk was a ‘bad pianist’. Unless you maintain the narrow view (and some people do), that a virtuosic 19th century classical approach to the piano is the only barometer of pianistic worth, then surely it’s obvious that Monk was one of the most original pianists in the history of the instrument. How can his detractors on the pianistic front, not hear the SOUND he makes on the instrument? It’s totally unique and has never, to my ears, ever been reproduced by anybody. He is a virtuoso of sound and sonority. And he is a virtuoso of rhythm – he swings as much as anybody, but in his own unique way. His use of rhythm is both extraordinary and ceaselessly inventive

Here’s an example of both of those attributes – the unique sound, and the rhythmic virtuosity and of course the amazing swing

Ethan also mentions, and is critical, about the anecdote in the book that tells of Monk flying through some Chopin, and how this was used in the book (along with the proof of his knowledge of the European classical piano repertoire), as some kind of validation of Monk as a ‘real’ pianist. Ethan makes the point that Monk was often erroneously associated by critics with the European avant garde and this is another point I would agree with totally. Monk’s roots are irredeemably, both socially and musically, in the community from which he came. The section of Kelley’s book that deals with Monk’s childhood in the San Juan Hill area of New York was for me one of the most fascinating aspects of the book. It really clarifies where Monk was coming from – black evangelist church music, stride piano, Duke Ellington – and I think all of that is evident in the Caravan performance that I posted above.

There are a couple of related stories to the Chopin story mentioned in the book, that involve anecdotes concerning Monk playing privately like Tatum or like Bud Powell. I’ve heard these stories before and they’ve always irritated me because they are based on the premise that the way Tatum or Powell played the piano was the correct way to play, and that Monk could do it if he wanted to, but he chose not to. So in an effort to defend Monk, the purveyors of these stories are just reinforcing the stereotype that Monk’s way of playing the piano was wrong. I do not personally believe that Monk could, or would have wanted to, play the piano like Art Tatum, any more than I believe that Tatum could or would have wanted to play like Monk. Monk does not need to be validated in this way – his piano playing represents a unique achievement and he did not need to play like Tatum or Powell (or Chopin!) to demonstrate his bona-fides as a pianist 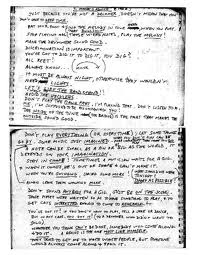 Another point touched on in Ethan’s piece is the rarity of good interpretations of Monk’s music. Again musicians often seem to believe that just adding the odd cluster to any phrase makes the music into an authentic interpretation of Monk. But this is such a shallow approach and misses the point completely – in fact misses many points. One of Monk’s strongest opinions revolved around how his music should be played and he apparently said ‘Never mind the so-called chord changes, play the melody!’. And as listed in the famous ‘Monk’s Advice’ page, (transcribed by Steve Lacy from various nuggets of info given to him by Monk) this ‘play the melody’ theme was a consistent one as far as Monk was concerned - ‘Pat your foot and sing the melody in your head when you play’, and ‘stop playing those weird notes (that bullshit), play the melody!’

Melody was sacrosanct to Monk, as was rhythm, and yet so many people playing Monk approach the music as if the melody was something to be dispensed with as quickly as possible in order to get to the changes. It’s a very bebop approach and one that just doesn’t work for Monk’s music. All the character and individuality of his music gets flattened by the blunt instrument of changes running. I remember seeing the band ‘Sphere’ in 1983 – a band with great Monk credentials since both Charlie Rouse and Ben Riley had spent extended periods with Monk – and being very disappointed with the music, mainly because of the pianist in the band, Kenny Barron. Now Kenny Barron is a GREAT jazz pianist, but to my ears he played Monk as if the music was just another set of changes to be negotiated. Sphere were a great band, but in my opinion, not a great band for playing Monk. 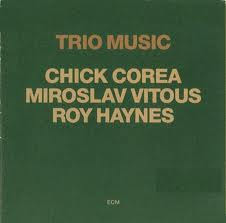 One of my favourite recordings of Monk’s music comes from what might seem like an unlikely source – Chick Corea. He recorded what was originally a double LP on ECM – ‘Trio Music’ with the ‘Now He Sings Now He Sobs’ group with Miroslav Vitous and Roy Haynes. One of the LPs consisted of free improvisations, which never convinced me at all. But the other LP was comprised completely of Monk’s compositions and this was great. Corea really gets inside Monk’s music in the sense that the melody is referred to constantly during the solos, and his rhythmic sense is so strong – his phrases are carved out of the melodies.

Corea manages to both reference Monk and yet remain unmistakably himself – the sound he gets from the instrument has that bright sparkling tone that always characterises his acoustic piano work, and here it’s put at the service of the music, using his rhythmic prowess to point up the shapes and angles of Monk’s melodies while generating some of his most swinging playing on record. Having the addition of Haynes, himself of course a former Monk sideman, really helps the music and his bubbling snappy drumming dovetails perfectly with Corea’s clear articulation. Vitous is perhaps not the ideal Monk bassist, with the huge reverb applied to the instrument (by ECM or by Vitous?) making the bass a bit swimmy at times, but as always he’s an impressive soloist and of course this trio has some serious jazz history of it own.

Here they are, more than a decade later, playing Rhythm-a-Ning, and again Corea and Haynes’ affinity with Monk is beautifully on display again. (I have NO idea why Vitous is wearing headphones!)

I recently watched an interview with Corea where he told of working opposite Monk many times in the 60s and described Monk as being ‘one of the greatest musical figures of our culture’. Maybe he needs to have a chat with Martial........
Posted by Ronan Guilfoyle at 8:33 PM 6 comments: