In this post I’ll show some of the structural underpinning of an improvisation I did on the old standard ‘There Will Never Be Another You’. I made a video of this improvisation and explained a little of what I was doing at the beginning of the video. However I’ve been asked several times to explain in more detail what is going on, so for those who like to be able to have a look under the hood, here is a score of the structure of the subdivisions I used for the improvisation. This gets a little bit rhythm geeky, so if you’re interested in that kind of thing then read on, and if not then just have a listen to the video performance and hopefully you can enjoy it on pure musical terms.

The challenge is two-fold:

1. To hear the relationship between the 5s or 7s and the underlying 4, and hear how they move around each other

2. To make the voice-leading work over the changes while using the asymmetric groupings

Here's how the groups of 5 work over the tune. If you do the maths, the two patterns meet every five bars of the 4/4 meter. But of course the changes are based on eight-bar groupings, and the tune is thirty two bars long - a number not divisible by five without using decimals. So your ear has to be attuned to the many different ways the 5s relate to the changes as the tune goes on.

For example the form of this tune is ABAC, both A sections having the same changes. Well because of the asymmetry of the 5s, the subdivision will be different for the two A sections.  Here's a comparison of the first four bars of both A sections:

So here is the full tune, with the subdivisions of 5: 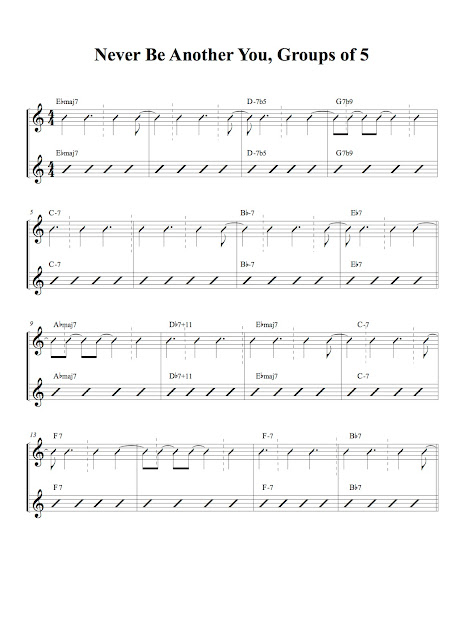 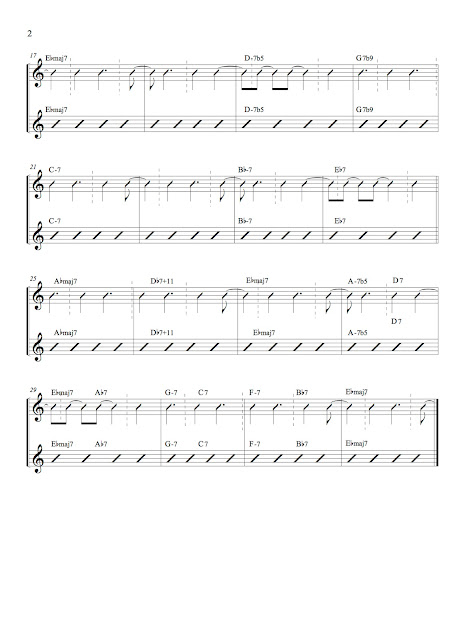 And here is the same tune, and same principal, this time with groupings of 7: 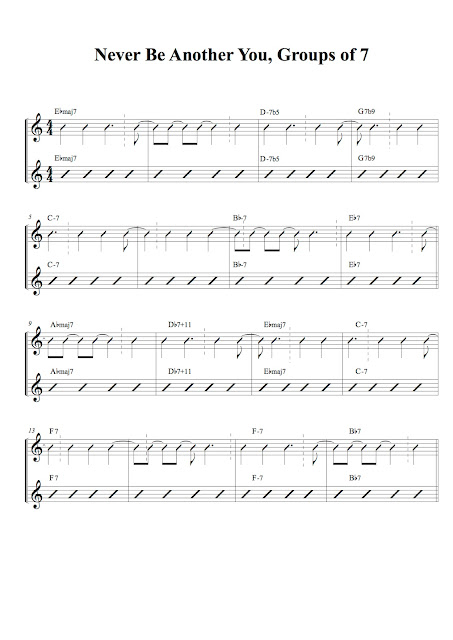 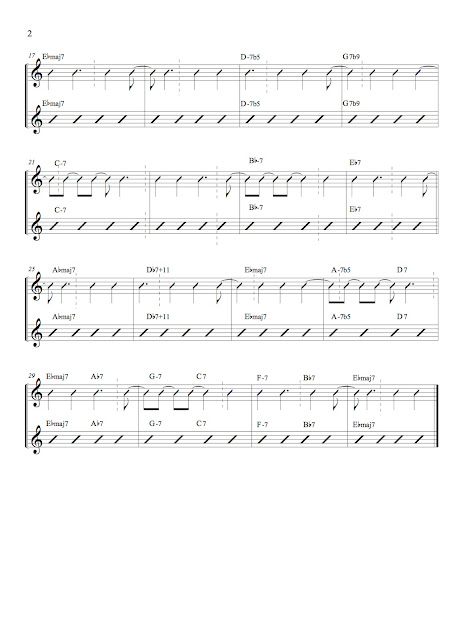 And here is the video I made which explains this a little and then demonstrates it. I want to stress that this is an improvisation, the notes I chose were not worked out in advance, I just practiced this a lot to enable me to hear the voice leading. I intersperse the 5s and 7s, with regular choruses and finish by improvising various combinations of 5s and 7s. Big fun!


Posted by Ronan Guilfoyle at 10:45 PM No comments: