The Current Face of the Bass 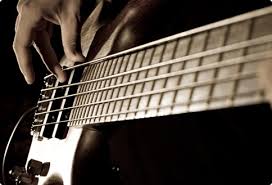 The bass guitar has a relatively short history as a virtuoso instrument. It is of course a comparatively young instrument anyway, and hasn't got the venerable history of the double bass for example. In jazz, the bass guitar's first practitioners tended to be converted acoustic bass players, who needed to take up the electric instrument for commercial reasons, or because it fit better with the electric, funk influenced music of that time. Steve Swallow would be an exception to this - he converted to electric bass because he preferred the sound of it, and in this regard he is quite unique in the acoustic bass world. In general jazz acoustic bassists never sounded as comfortable on the electric instrument as did practitioners of electric bass from the funk world. In funk and soul music, there were many great players on the instrument such as Carol Kaye, Bootsy Collins and James Jamerson, but in jazz the instrument was often seen as an interloper that had no business playing in the mostly acoustic settings found there.

This all changed in the 1970s. The first widely acknowledged virtuoso on the electric instrument was in fact a converted double bass player with a strong jazz pedigree - Stanley Clarke. He was also a virtuoso on the bigger instrument and applied chordal, and a sometimes almost flamenco approach to the bass guitar. Albums such as 'School Days' cemented his status among the emerging coterie of bass guitar geeks, of which I would have been one at that time. But while Clarke showed a very individualistic way to play electric bass, (as did Anthony Jackson who had an equally unique, though less widely known, way of playing the instrument), the seismic change came with the emergence of Jaco Pastorius. 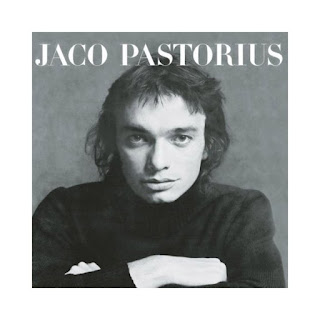 I think it's fair to say that Jaco changed the world of the electric bass in the same way that other virtuosos such as Parker and Tatum changed the way to play their respective instruments. Jaco introduced so many new concepts to the playing of the instrument – such as a wide use of harmonics, playing a predominantly fretless instrument, a very expanded chordal palette,  and a speed and rhythmic definition that had never been heard before on the electric bass. Ally this with a powerful groove and an extraordinary creativity in both accompaniment and soloing and you have the musician who can definitely lay claim to being the man who changed bass guitar playing forever.

In addition to his phenomenal playing, (a shopping list of his unique techniques and playing style can be heard on his first album), he played a vital part in creating some seminal albums and music, such as the recordings he did with Joni Mitchell, with Weather Report, his Word of Mouth Band recording, and with Pat Metheney on his 'Bright Size Life' (my particular favourite of Jaco's recordings).  In all of these recordings he put his astonishing technique and time feel at the service of the music and never grandstanded for the sake of showing off. In later years his declining health brought about a deterioration in his playing, but in his prime he was not just a great bassist but a truly deep and heavy musician.

Here he is with his 'Word of Mouth Big Band' in Japan combining his great groove with his trademark sound and demonstrating that he was also a very talented composer and arranger.

After Jaco, as always happens when a musician makes a huge breakthrough on any instrument, a bunch of virtuoso players emerged, some sounding like Jaco, (or trying to), and others such as Mark Egan and Jeff Berlin, taking advantage of this new bass virtuoso landscape to expand the possibilities for the instrument. The 90s provided another generation of technically gifted players such as Richard Bona, Matt Garrison, and Victor Wooten, all of whom had their own take on how the instrument could be played and all of whom placed that virtuosity at the centre of various bands, Bona with his own projects and with Joe Zawinul, Garrison with Steve Coleman, Zawinul and John Mclaughlin, and Wooten with Bela Fleck. 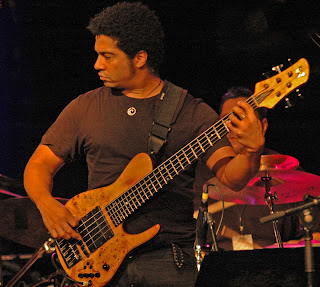 In recent years there's been an extraordinary explosion in bass guitar technique. Players such as Hadrien Feraud, Federico Malaman and Janek Gwizdala have extended what's possible technically on the instrument to an almost freakish level. Feraud in particular, on a technical level, has taken the electric bass to places where it's never been before. For me watching him, (and others of this ilk),  makes me feel like they are playing a different instrument to me, their techniques are so advanced and they seem to be capable of playing almost anything. The speed and clarity of their articulation, and their ability to negotiate even the most complex fingering and cross-stringing is of a level to make a technical mere mortal such as myself shake his head in disbelief. And, as seems to be the way these days, this freakish level of technique, (which will probably become the norm over time), has even extended to very young players such as the brilliantly talented Mohini Dey . At age 19 she can already play stuff that would be outside the technical grasp of most bassists.

This level of bass guitar performance is developing at a phenomenal speed in recent years, and I think we can look to the access to information that the online world provides for possible pointers as to why there suddenly seems to be a plethora of technical wizards on an instrument where virtuosity used to be the exception rather than the rule. Youtube in particular can inspire aspirant bass players and also give them visual and technical information to help them achieve their technical goals.

But although there is inspiration to be had from these players, (and even watching them for a little while can make me realise I need to practice!), at the same time I've noticed a disparity between the extraordinary level of technique on display and the actual music being played.  There seems to be lots of interest in the playing of the instrument but little interest in creating music that makes an artistic statement. Jaco Pastorius' technique was enormous, yet he always placed it at the service of the music, playing with other musicians in a band setting, and creating new and personal music. The current crop of virtuosos seem much more interested in playing with each other and indulging in an endless series of solos bass pieces played over backing tracks, videos in which all the players are in different studios and the parts are recorded at different times, or jokey videos in which they try and outdo each other in speed and outrageous technical feats.

Here's a classic example, with Hadrien  Feraud and Federico Malaman, both playing very technically difficult passages, with a very solid groove, but with no obvious artistic intent behind it all.

There are literally dozens of these kinds of videos online - it almost seems that many of these bassists are only interested in showing off their technique in order to get students rather than being concerned with making music that has artistic depth and quality. When you look at the number of views they get on Youtube for these videos, sometimes in the hundreds of thousands, and the general tenor of the comments below the videos, you can see that as a strategy to get attention it's very effective. And who can blame them for doing this? It's hard to make a living as a musician these days and whatever keeps you going is OK by me. But - apart from showing off one's technique in order to get the attention of bassists, where does the music come in? Is this the sum total of all that work and talent, to make dozens of videos playing alone or with other bassists? To make lots of videos trading licks with other virtuoso bassists at music equipment Expos such as NAMM and the Frankfurt Musikmesse?

Don't get me wrong, I'm full of admiration for the technical ability displayed here - I wish I had half that dexterity! And I really like the fact that the instrument is developing a technical playing culture of its own thanks to great online resources such as Scott Devine's wonderful teaching website. But at a time when the technique of the instrument has been expanded as never before, and all of these great bassists also have wonderful time and ability to groove, there seems to be little interest on the part of some them in creating a body of work where the music comes first and their technique is placed at the service of that music. There's something narcissistic about the abundance of these 'watch this!' videos which goes against the tradition of the bass as primarily an ensemble instrument. Where is the "Word of Mouth' album of today? I hope one of these extraordinary technicians becomes interested enough to create a lasting piece of work in which their control of the instrument is put at the service of great music.

But to finish this piece I'd like to mention another extraordinary young bassist from Brazil - Michael Pipoquinha - who does place his dazzling technique at the service of music all the time. While he also has solo videos online in a similar way to the other bassists I mentioned, the bulk of his online presence is based around playing with other instrumentalists in a traditional way, he places his unique facility on the bass at the service of the music, and plays very deep Brazilian grooves. Watch him here, playing a Baiao with the accordionist Mestrinho. Amazing!