The Blog Is 10 Years Old Today! 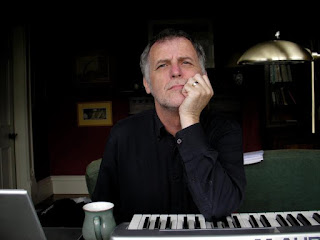 It's hard to believe, for me anyway, but this blog is 10 years old today. In that time I've covered a lot of ground musically, learnt a lot about the online life - both positive and negative - connected with some great people, got a chance to interview many great musicians, and had the opportunity to write about many more. The act of writing about music has meant that I've had to distil my thoughts on many subjects and tease things out in my own mind before putting it into electronic print. I've learned about the power of words, how they can be empowering, and how, in the online world, they can be used against you by people who do not wish you well. I've been touched by the generosity of people who have contacted me, and sometimes been repelled by the cowardly malice of anonymous commentators.

So it's been a steep learning curve, but overall a very positive experience for me.

I started it having read Ethan Iverson's great blog 'Do The Math', (still the gold standard of jazz blogs in my opinion). Seeing how well he wrote about music, I felt that it was important that more musicians wrote about what they do, rather than leaving it all to the critics, many of whom, however well intentioned, often knew little or nothing about the realities of making music and playing jazz. So this prompted me to start writing, and once I got going I found that I really enjoyed it, and it also had a beneficial musical effect on me, making think deeply about things before committing to write about them.

I think what surprised me the most was the interest people had in reading the blog. I thought it would be read by a handful of people, and though it's all relative, (I wouldn't be in the same universe as some bloggers in terms of readership), it never ceased to surprise me just how many people did read it. Looking at the stats as I write this, I can see that people have accessed and read the blog 611,816 times, which probably means that somewhere between 250,000 - 500,000 people have read it. That staggers me! I would never have thought that it would have had that kind of reach, and am pleased and of course flattered that it has. 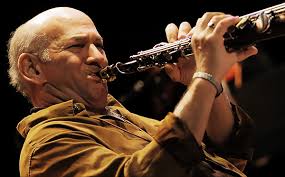 I've written about many things in the jazz sphere, from technical things to composition, from stuff that is out and out jazz, to thoughts about music and society, composition, and interviews with great musicians such as Dave Liebman, Kenny Werner, Steve Coleman, Eric Ineke, and Jim McNeely. I've looked back at the music of my heroes, and great figures in the music, and speculated on the future of the music.

I can never predict which posts are going to attract the most attention - sometimes I think a piece will be of interest to many people but it attracts relatively few viewers, and other times something I casually put up there takes off. If I look at the stats, these are the top five posts according to the number of views:

1. '21st Century Bebop?' - the relevance of teaching the music of the jazz tradition in the 21st century
2. 'Six Reasons Why I Love Jazz' - no explanation needed
3. 'Steve Coleman on Rhythm' - again, no explanation needed
4. 'The Singer and the Song' - some thoughts on the position of the singer in contemporary jazz
5. 'When Drums Stop, Big Trouble!' - on bass solos!

I have had my ups and downs with keeping up with regular posting, and sometimes when things are very busy in the rest of my life I find it hard to find time to write. And there are definitely fewer jazz blogs these days than there were ten years ago, and some discussion about the continued relevance of blogs. But for me, I do enjoy writing about music, and hopefully people still enjoy reading about music, so I'll keep going.

A very sincere thanks to all who have read the blog and especially to those who have taken the time to comment in an engaged and constructive way. Here's to the next ten years!
Posted by Ronan Guilfoyle at 8:35 PM No comments: