How Does The Music Feel?

A friend of mine told me that at a recent jazz workshop, a very well known drummer said to him (concerning drum students attending the workshop), 'Man, all these guys can really play - and they all sound terrible!' A very funny remark, but with a huge truth contained inside it. As contemporary jazz grows ever more complex - especially in the field of rhythm - and as jazz schools raise the technical level of students to unprecedented heights, there is no doubt in my mind that we are often guilty of ignoring one of the most important elements of all music - its rhythmic feel.

By 'feel' in this context, I don't mean a generic feel as in 'swing feel' or 'Brazilian feel' or something like that, I mean the groove or the rhythmic centering of the music. I notice more and more that the idea of getting a good rhythmic feel - as opposed to playing accurately and in time no matter what the time signature - seems to be further and further down the agenda, if it's on the agenda at all. But the feel of music is incredibly important - it's arguably the most important thing, since it evokes an immediate response from the listener. And most listeners - which is something we musicians often forget - are not players. They're civilians, they're not in the jazz army and they don't care about the complexity (or lack of complexity) of music. They're there to listen and to experience, not to analyse. Most people couldn't care less whether you play in 15/8 and superimpose a 3 feel on top of that. That's the kind of detail that is only of interest to musicians.

Not that I've anything against complexity per se - I've spent a lot of my professional life playing complex music and spent countless hours trying to figure out how to do it and get better at it. I enjoy both simple music and complex music - to me it makes no difference what means you use to get to your message. As long as you actually have a message that is more than just the technique of the music. And there's the rub - I think there's a lot of music around that is solely about the techniques being used by the players, rather than having an overarching intent that is beyond the technique.

Of course this is an argument that has gone on forever in jazz - every generation of jazz musicians has accused the next generation of sacrificing feeling on the altar of technique. There's an element of circling the wagons about this kind of thinking, of protecting something - real or imagined - from the attacks of the avant garde. But this is not really where I'm coming from with this - it's more about the idea that no matter what form of rhythmic expression you choose, that it should feel good!

Feel good? What does that mean? Couldn't it be said to be subjective? Well, ultimately yes. But I do think the idea of something feeling good is not as abstract a concept as it might sound. What I mean by this is that the rhythm of the music should feel as if its coming from a central place, that it should have a weight, an internal energy a kind of groove template from which the music ultimately emanates. Without this central core the music just won't feel good - it may have a lot of detail to it, it may be technically adept and accurately in time, but it won't have that spark, that energy that carries the internal message of the music and that connects it to a tradition of some kind.

This word tradition is important here. Most rhythmic music is, or was at one time, connected to dance. Dance needs a rhythmic core that gives the fundamental energy to the dancers and around which all the music happens. There are so many examples of this - Afro-Cuban music, Belly Dance, Samba, Indian classical music, and of course at one point, jazz.

Jazz moved away from dance a long time ago, and indeed it's hard to make any case for jazz as a contemporary dance music after 1950, but the fact that jazz once was associated with dance has meant that the rhythmic impulse of jazz  always had a central core -  a groove - around which the music moved, and from which the music emanated, no matter how active and complex the music that whirled around this central core was. Despite jazz losing its direct connection to dance, and the rhythmic physicality of playing for dancers, the ghost of the the dance has always been there. This is the 'feel' which I'm talking about when I say that the music should feel good.

It seems to me now that this connection between feel and the music is often lost. Perhaps in chronological terms, the music has moved so far away from its dance origins that the physicality of the rhythm of jazz is something that is being forgotten or buried under the detail of an often complex music. Which would not just be a pity, but would also be dangerous waters for the music to sail into. Jazz has a hard time in the market place these days (or what remains of the market place...), and the permanent removal of a rhythmic feel good factor, would be a tragic loss for the music. 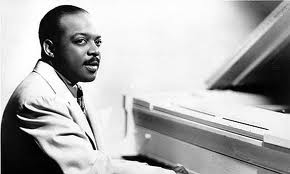 Because this rhythmic feel good factor is part of the music's history and tradition. The ingenious rhythmic placement of Armstrong's lines, Basie's rhythm section, Bird's rhythmic power, Blakey and the Messengers, Miles phrasing, Miles' various rhythm sections, the Coltrane Quartet, Monk, the Mahavishnu Orchestra, Headhunters, Weather Report, Wynton's first quintet, Steve Coleman and Five Elements, Wayne Shorter's current quartet, Brad Mehldau. The music of all of these players and bands, despite their often widely different styles and different eras from which they come, exhibit the rhythmic impulse that I'm talking about - a connection to groove and rhythmic physicality around which the rest of their music is formed.

I'm missing that rhythmic and groove impulse in a lot of the music I'm hearing recently. Drummers are hyper-active but often without a foundation - all that clattering piccolo snare drum stuff, fill after fill without any room for an underlying groove to make its presence felt. Bassists playing without connecting with the drummer, pianists and guitarists comping without rhythmically interacting with either bassist or drummer... Soloists with lots of notes but not really locking into the rhythm and the time. Generic grooves played without any understanding of the tradition and impulse from which they originated.

Musicians need to check out the fundamentals of the music and the history of the music. Anyone serious about playing jazz must study the rhythm and the rhythmic impulse of the music, and in particular they should study the feel of the music. Listen to this aspect of the music of the great players past and present and try and identify the rhythmic DNA that circulates through all of their music, giving it its rhythmic strength and feelgood factor. To all serious musicians - don't just ask yourself how your music sounds - how does it feel?

Here are three examples of rhythmically powerful pieces of music, all very different, all of which have a great rhythmic feel at the core of the music.