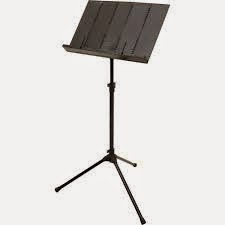 It was only when I realised the importance of Youtube in terms of how people currently access music, and started to video my own concerts and performances, that I realised how visually crap a lot of jazz performances are. And a huge part of why they looked crap was the number of music stands all over the stage, and all the musicians staring at them rather than making any eye contact with the audience or with each other. It's particularly horrible for the audience when a musician raises his or her stand almost to eye level, blocking the view of both player and instrument.

If you look at Youtube videos of performances from the past, you see hardly any music stands on stage, and everything looks the better for it. For an example of how a music stand might adversely affect the visual aspects of a performance, look at any video of Miles' band, or Trane's, or Monk's, and imagine that same video with Wayne, or Herbie, Elvin or McCoy etc. looking down at a music stand. It would look terrible, and doubtless we wouldn't have had the same performance if the musicians had all been reading. 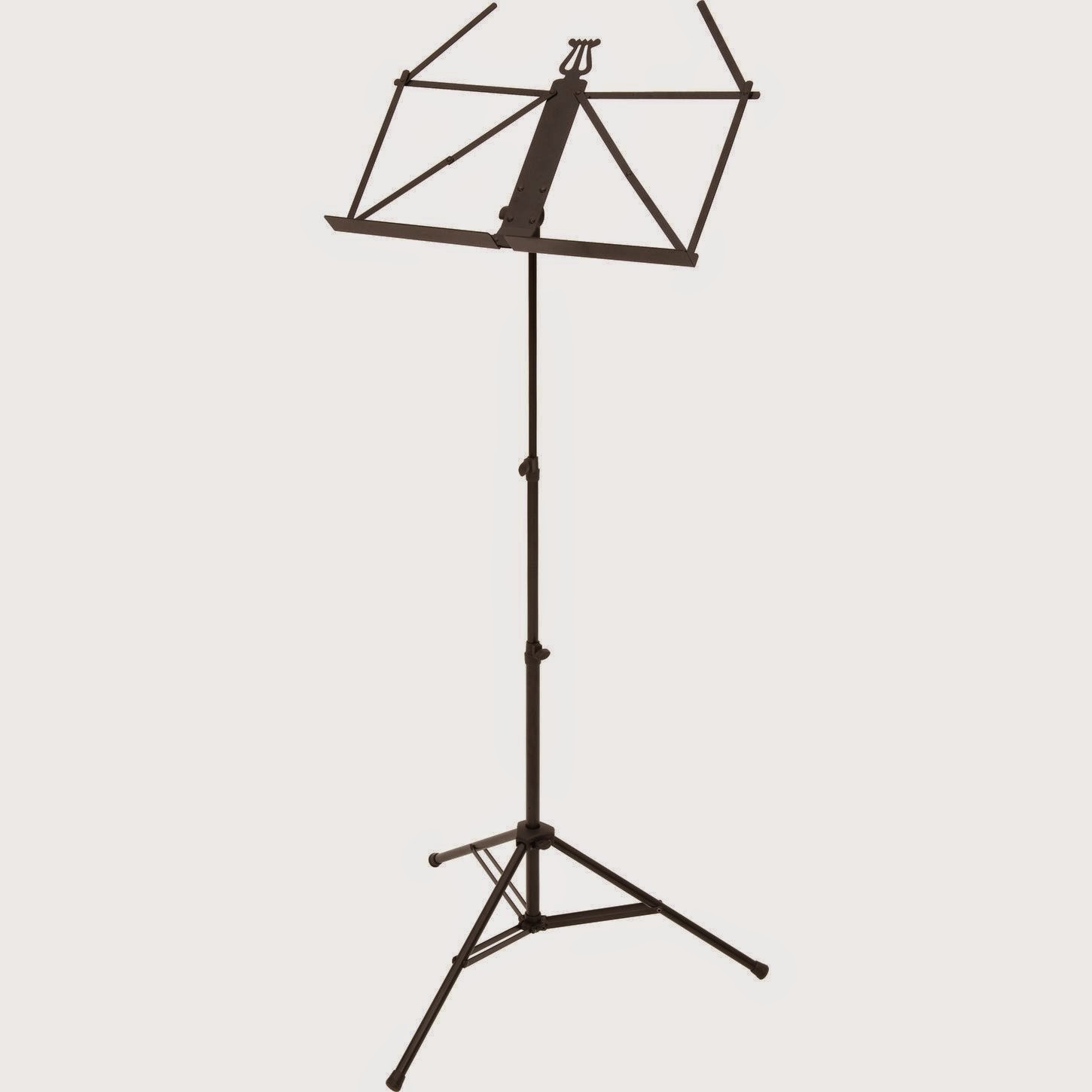 Now I know why written music is more necessary on stage these days than it was then - more original compositions, (which are often complex), and less gigs and rehearsals in which to memorise and internalise these compositions. So unless we have a photographic memory, or the music is very simple, then it's probably going to be necessary to read it. But we should always be aware that we are playing for people who would probably rather see as much of the musician as possible, rather than just the top half of their face and the bottom of the instrument, with all the central aspect blocked out by a stupid music stand. People come to see us playing, they like to see hands and physical movement to correspond with what they're hearing.

For myself, I've learned from my own videos, to lower the music stand as much as possible if I can't memorise the music - and I do try and memorise it when possible. It really does help how things look to minimise music stand clutter, allow the audience to see you playing, and get some eye contact going. The same goes for having cymbal cases and gig bags thrown all over the back of the stage - it looks crap! I mean, jazz musicians generally do little enough thinking about the visual aspects of our performances (compare that to pop musicians....), so the least we can do is actually let people see us playing, and not just the bits of us that stick out from behind a music stand. People come to see a performance, not a group of people staring at something on a stand. 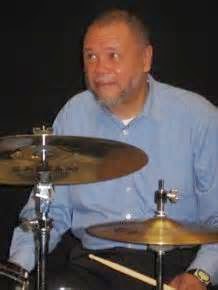 Last year I interviewed the great drummer Keith Copeland about his life, (you can see the three parts here, here and and here), and apart from the fascinating interview itself, it was great to reconnect with Keith after a few years in which we hadn't had an opportunity to speak in person. For all these reasons I was very happy to have spoken with him, but I never realised that this would be my last chance to do so - Keith passed away last week, taking a huge piece of jazz drumming history with him and leaving those of us who knew him, and were lucky enough to spend time with him, feeling the loss keenly.

Keith was not only a great drummer, but he was a great man too - warm, friendly and always ready to go the extra mile for his family and friends.

For me he was a friend and a mentor, and I learned so much from him musically. We first met when he attended the Dublin IASJ meeting in 1991, thought at that point we didn't play together. However, he and I, and Tommy Halferty, were together on the Jordanstown Summer School in Belfast in the summer of 1995 (which we did again for the following three years), and we had such fun playing together that Keith invited Tommy and I to become the other two thirds of his trio - a signal honour for us of course, and the beginning of a wonderful period of music and learning for us also. 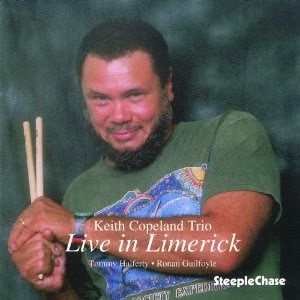 With Keith we recorded three albums for Steeplechase, 'The Irish Connection', 'Round Trip', and 'Live in Limerick' and later we recorded together again on Tommy's 'Breathing the Air'. Playing with Keith was for us, a direct link with the swing tradition - the real deal. His time was amazing, absolutely rock solid, and he could play in so many styles within the African-American tradition - Brazilian, backbeat funk, swinging brushes, Elvin burnout - you name it, he could do it, (and if you look at his history it's not hard to understand why he could do everything). And he played SO intensely! He was physically very strong and he expected you to be as well, if you got on the stage with Keith you had to be ready for what was coming, because you knew it was going to completely burn, and that the drums were going to get some serious treatment over the course of the two sets. We played together all over Ireland, in France, in Spain, we played as a trio and as a rhythm section (with Benny Golson among others), and not only was the music always swinging, Keith was always generous, warm and funny - a pleasure to be with both musically and personally.

He was one of the great teachers too, really serious but also funny - his threatening of his students that he would unleash 'Dr Beat', (his metronome), on them was always both hilarious, ('you don't want to mess with Dr Beat - he's mean!'), and deadly serious. He always told students the truth about what they needed to do, and never sugarcoated it. Some students found his honesty about their shortcomings too much to deal with, but the really serious ones always responded well to it. As well as being forthright with his students he was also incredibly generous with his time and energy - at the Belfast summer school he used to record his lessons on cassette and then make copies for all the students so they could take them home with them! The list of great players who studied with Keith, (Terri-Lyne Carrington, Bobby Sanabria, Tom Rainey, Kenwood Dennard etc etc) is extraordinary and a testament to his brilliance as a teacher and generosity as a person. 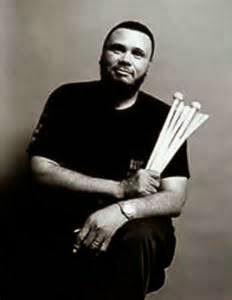 Keith was amiable, generous, warm, and funny, but he didn't take any shit of any kind, from anyone. He was a proud man and woe betide anyone who tried to mess him around in any way. A few times I did see him get really annoyed with people and I always remember being glad it wasn't me that was on the receiving end of it! For an example of how Keith responded to being messed around, read the section in Part 3 of the interview I did with him, about his time with Stevie Wonder. Keith didn't care who you were, he expected to be treated properly and would call out anyone whom he felt was not doing the right thing.

The reason we had such an opportunity to be with Keith was that he moved to Europe in the early 90's, taught in Koln and Mannheim, and met and married Ute, his wonderful wife, to whom he was devoted. In the mid 2000's Keith had a brain seizure which put him in a coma for weeks, but from which, to the astonishment of his doctors, he made a complete recovery, going on to do gigs and record and tour - an extraordinary achievement which was a testimony to his strength and resilience. But he didn't escape a second time and he passed on last week, to the sorrow of all of us who were lucky enough to know him and lucky enough to play with that massive groove.

I'll miss him very much - he was one of the greatest drummers I ever played with, and a great man. I feel lucky to have had the chance to play with him and to know him. I'll leave you with an example of the kind of swinging music we played in Keith's trio. I'll really miss Keith and always be grateful to him for the opportunities he gave me - we won't see his like again. Rest in peace Keith.

Posted by Ronan Guilfoyle at 11:03 PM No comments: