Bystanders (for solo piano) - dedicated to civilians caught up in war 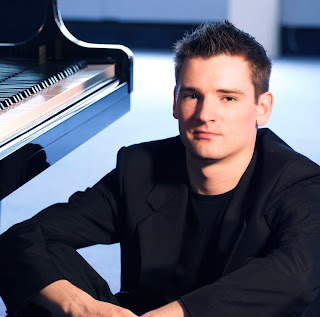 I've recently written a new piece for solo piano called 'Bystanders' that was premiered in the National Concert Hall in Dublin, performed by the great young classical pianist Michael McHale. The genesis of the piece came when I was was doing research about my Grandfather Joe Guilfoyle, and his part in the 1916 Rising, for the 'Shy-Going Boy' project. In reading more about that extraordinary event in Irish history, I was struck by the fact that so many civilians were killed in the rising, and that this fact is mentioned so little in the retelling of that week. More civilians were killed than Volunteers, or Policemen or British army members. And this lead me to think about how civilians always suffer the greatest casualties in war. Caught up in catastrophic situations not of their own making, they suffer horribly and if they survive they are traumatised and their lives are never the same again. The current disaster in Syria is a contemporary example of the tragedy for these innocent civilians. And so the piece became more than just being about 1916 specifically, and more encompassing of this situation wherever it occurs.

I rarely write programmatic music, and when I do I don't tend to be very specific in my thoughts, as in, 'this represents this, and this passage represents that'. I tend to to try and find an overall vibe or feeling that I want to represent and then write with that in mind. In this piece I'd say turbulence is the predominant characteristic. It has both quiet and loud passages, some slow moving parts and some frenetic activity. But even the slower, quieter passages have an uneasy feel to them. I felt this was apposite for such a subject which really has no bright side to it.....

The piece itself is very technically demanding and I was lucky to have such a brilliant pianist as Michael to play it. I first heard Michael play my music in a trio setting (classical trio, not jazz!) and was struck by how idiomatically he dealt with the rhythmic aspects of the music. Specifically by how good his time was - in a jazz musician sense. A lot of the music I write really loses power and meaning unless it's played absolutely in time, and the rubato approach taken by many classical musicians to any given piece of music doesn't really work with a lot of what I write. This piece is no exception, it demands a strong sense of pulse in most of the piece and all the technical fireworks only make sense if the rhythm is really secure. Michael demonstrates here again what great time he has, and I was delighted to have him agree to learn and premiere the piece.

As usual with my composed music, I'm accepting of any and all influences and I don't differentiate between jazz approaches and classical ones depending on what I'm writing. A classical influence can just as readily appear in a piece I'm writing for jazz musicians as a jazz influence can in a piece I'm writing for classical people. I just write what I hear at any given moment. In this piece there are lots of contemporary jazz piano traits used in the writing, as well as colours and textures from more typically contemporary classical language.

So this is the background to the piece,  but as always, music is better listened to than spoken about. So here it is.

Posted by Ronan Guilfoyle at 12:42 PM No comments: