Unusual Subdivision in Jazz Improvisation - a Step By Step Guide 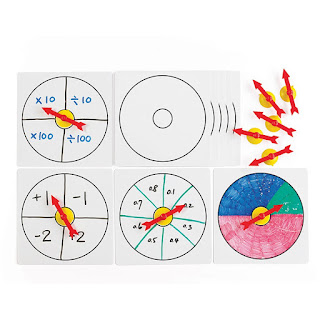 Finding a way to use unusual subdivisions in an effective way in jazz is challenging. Especially if you're using the traditional jazz language of swing over changes. And if you're trying to do this, it's important that you should be doing this for musical reasons - i.e these subdivisions are being used for expressive purposes, rather than it being some kind of science project - a trap many fall into. The reason I use these kinds of unusual subdivisions in improvising is because they feel different to the more conventional subdivisions  - not better by the way, just different. No subdivision is of itself better than any other - it's how they're used that gives them their value.

Bearing that important point in mind, it is true to say that using 5s (quintuplets), or 7s (septuplets), or indeed triplets in unusual groupings (4s or 5s for example), does give a different feel to the music. And this is the reason why they are worth exploring and incorporating into your language - they can give you a greater variety of expressive possibilities if used creatively.

So this is the aesthetic and musical reason for exploring this world. The challenge is then how to work with these unusual groupings and to make them sound, and indeed be organic.

The first step is to just get used to the different subdivisions and, like most things in music, the best way to do this is to be able to 'sing' them. By sing I mean recite them, over a fixed pulse. The best way to do this in my opinion, is to use Konnekol - the South Indian rhythmic solfege system, where syllables represent numbers.

The system is very simple - it consists of five syllables, each one representing a number:

All other numbers are created using combinations of these syllables, for example 7 could be Takadimi/Takita, or 9 could be Taka/Takita/Takadimi

In this first video, I divide the clapped beat from 1 up to 9, and back down again. This a great exercise on its own, as it really shows you how accurate you are with regular subdivisions such as 4 or 3, as well as the more unusual ones

So once you're comfortable with that, (and be honest with yourself on this - this kind of thing usually takes weeks to become second nature, and patience is definitely a virtue in this instance!), you can look at putting it on your instrument in some way. And a good way to do that is to combine scale practice with rhythm practice

In this next video I combine playing a scale (in this case Bb Dorian Minor) with using different subdivisions - 1 through 8 over a slow metronome beat in 4/4. In this case I am playing up to the 11th, so each subdivision needs to be played a set number of times in order to align the beginning of each new subdivision with the downbeat of the bar. Apart from being a good exercise for your subdivisions, this is a good rhythmic relationship exercise too, as you have to hear how the pattern relates to the 4/4 cycle

Once you can do that accurately and comfortably, I would suggest trying to play and improvise over a static chord or scale (a major key is fine for this), using different subdivisions. Maybe set up a drum groove in a sequencer, (or use an app such as the great Drumgenius). Once you're comfortable with that, you can move on to playing over changes.

Using unusual rhythmic devices for improvising becomes a completely different animal when played over changes, and in the swing idiom. It's definitely more challenging - that's probably why so many avoid it. In suggesting you try this I'm assuming two things: 1) You're comfortable playing over changes in a conventional setting (if not you've got some basic work to do before trying this!), and 2) You really have practiced the earlier exercises and they are second nature to you.

So, assuming that, what I'm doing here is using four different subdivisions over four choruses of the great standard 'Alone Together':

1st Chorus: Behind the beat - a classic feel from the jazz tradition, but one that requires great rhythmic control to bring off successfully - it must be behind the beat, but must not slow down!

2nd Chorus: Quintuplets - 5 over 2. These really have the feel of lazy triplets

3rd Chorus: Sextuplets - 6 over 2. Not such an unusual subdivision in itself, but when they're regrouped into groups of four as they are here, then they take on a very different feeling.

4th Chorus: Septuplets - 7 over 2. These have the feel of 8th note triplets after a lot of coffee

So these then are some possibilities for jazz improvisation using unusual subdivisions. Of course in the video I am exaggerating them for demonstration purposes, I would not play a whole chorus with any one subdivision in the real world! But I think they have great expressive possibilities and when you get them in your ear and under your fingers they definitely open up some new and exciting vistas for the improviser.
Posted by Ronan Guilfoyle at 3:36 PM