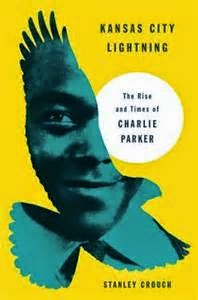 I just finished Stanley Crouch's 'Kansas City Lightning', a biography of Charlie Parker. Crouch of course is best known as part of a double-act with Wynton Marsalis in putting forward a particular view of jazz and its history, and is generally seen as being a conservative commentator on the music. Initially Crouch's views used to annoy, and sometimes enrage me - his comment that Scott LaFaro's playing conception would have been fine if jazz had been invented in Europe, I found particularly inaccurate, with the implication that LaFaro doesn't swing, and is less profound in consequence. I could go into all the reasons why I think that is completely wrong, but that's not really the point of this post. His part in the lopsided Ken Burns Jazz series where the last 40 years of jazz is contained in one episode, while earlier decades get one episode each, confirmed his conservative bona fides.

But later I read an interview with him on Ethan Iverson's blog, and enjoyed it quite a lot, and had a lot more respect for him as a thinker and jazz scholar. While I would still disagree with his view of the overall history of jazz, there's no doubt that when he's writing about what he loves, he's an astute commentator and writer, and there's also no doubting his love and passion for jazz.


So, probably to the surprise of my earlier self, I bought his Parker biography and gave it a go, and I must say I really enjoyed it. It's a very unusual biography, and indeed I've seen criticism of it along the lines that a huge amount of the biography is not about Parker at all, but about the Kansas City of the 30s, about various peripheral characters, and even about the esthetic approach to the music itself taken by those who made their living playing it, and lived the life of the itinerant jazz musician of that time. 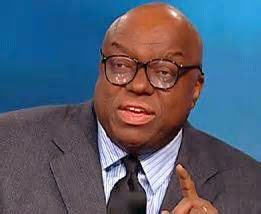 For my taste however, these seeming diversions work very well. Rather than create a linear biography in the conventional manner, Crouch's method of flitting from topic to topic, person to person, builds up a fascinating composite picture of a time and place, and more importantly, of a people. What Crouch does brilliantly is to bring to life the jazz scene of the 1930s, both in Kansas and New York, and the people who created that scene. It is primarily, and properly, focused on the African-American musical community and Crouch reveals a multi-layered society, with hierarchies, successes and failures, night people, principled people, unprincipled people, innovators and imitators, leaders and hangers on.

In general I found his ability to bring the African-American society of the time to life to be the most fascinating part of the book. He really gets inside the lives of people, and examines their motives, and their coping techniques in dealing with the reality that being black in America at that time meant. He also explores the drive to play this music, and what playing this music meant to the people who played it. Throughout the book Crouch uses the now discarded term 'negro' when referring to African-Americans, and though this is not a term one would normally see used in contemporary times, it would have been very prevalent at that time, and Crouch's decision to use it does help in giving a period feel to the descriptions of life as lived by African-Americans in that era.

It's also quite a literary book, Crouch colours his narrative using a particular style of writing that combines his own stylistic quirks with the slang of the time and the speech patterns of the people he is writing about. For example, in describing the young Parker's reaction to losing his closest boyhood friend, Robert Simpson, to TB, Crouch describes it as follows: 'For Charlie Parker, confronting Simpson's death was like drinking a cup of blues made from razor blades'. There is quite a lot of this kind of writing in the book, and in the early stages of reading it I wondered whether it would start to become an irritant. But I ended up enjoying it and the connection to Crouch the writer that it gave, but I could also imagine that it might it irritate others or put them off. 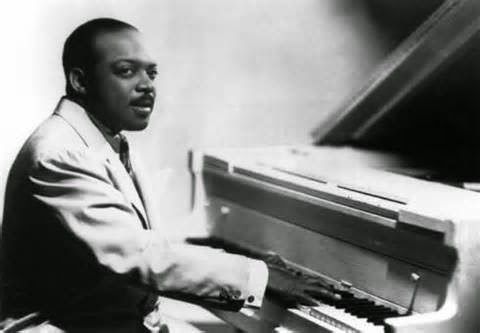 The music scene as described in the book, really emphasises the survival of the fittest nature of the jazz world of that time, and the weight given to being able to play opponents off the stage or humiliate them in musical battle. The players, and bands, were like gladiators, taking to the stage in front of different factions and being proclaimed winners or losers by popular vote - this vote was based on the acclaim either of the musicians themselves, or the dancers they primarily played for. This ferocious competitiveness had a practical application - work. The better a player or band you were, the more work you got. In this take no prisoners world, visiting soloists to Kansas would take on all-comers, and local virtuosos would be dragged from their beds in the middle of the night to take on some interloper who thought he had what it took to put the locals in their place. A wonderful quote from the great Harry 'Sweets' Edison, describing the Count Basie band's ability to defeat all comers on the bandstand gives a flavour of the prevailing attitude, and the book, as it discusses this aspect of the musical scene: "....(we) went out there and sliced up so much ass with that Kansas City swing there was ass waist-deep all over the floor' The young Parker doesn't come out of this book very well as a person. Self-absorbed, spoiled by his doting mother, incredibly selfish and often unfeeling to his young wife and child, showing all the callousness of a junkie, combined with the immaturity of the teen he was when he both married and became addicted to drugs. It's clear that his genius didn't appear immediately he started to play, there were many humiliations along the way including the infamous Papa Jo Jones cymbal-throwing incident. But alongside his selfishness and narcotics addiction, there existed the kind of obsession with music that drove him forward, (along with his innate talent of course), into the thousands of hours of practice it takes to be a musician at the highest level. The debt he owed to the influence of the saxophonist and composer Buster Smith is clearly outlined, as is the influence on his developing musical language of the sessions he undertook with the guitarist Biddy Fleet. This latter association was one I was only vaguely aware of and it was very interesting to read about the extent and nature of the practice these two did together.

Although the book opens with Parker's triumphant entry into New York on his second visit, with Jay McShann's band, it primarily deals with Parker's early years in KC, and his first visit to New York before he became well known. I believe Crouch will write, or has written, a second volume of this biography which will presumably deal with the the better-known part of his life and eventual death. With this book he has done a service to people interested in Parker by fleshing out his early life in Kansas, and in particular by outlining the environment in which such a talent could emerge. What shines through clearly in the book is the immense pride and seriousness that jazz was held in by the people who played, developed and created it. That a people who were dealt such a terrible hand by history could produce such an incredible music that then went out from its homeland and changed the whole musical world, and the lives of millions of people, is really a triumph of the human spirit.

Here is the subject of this book, in full flight with some of his greatest colleagues, showing how 'Kansas City Lightning' is a very apt title......

Posted by Ronan Guilfoyle at 1:58 PM