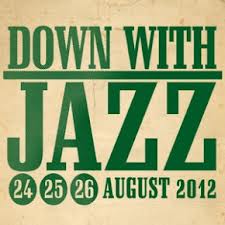 It’s not that long ago that Ireland was to all intents and purposes a Theocracy, not unlike present day Iran. In a similar way to the contemporary Iranian state, right up to at least the 1960s, the country was under the thumb of a cabal of clerics who interfered with every aspect of the state and whose number one concern was the wielding of their own power.  They interfered in every aspect of Irish life and left a legacy of brutality and child abuse (such as in their schools and Reformatories), which Irish people are still having to deal with today. But disgusting as the institution of the Catholic Church was,  (and often still is), occasionally the behavior of some of the dimmer members of that church, through the stupidity of their actions, gave us a badly needed laugh at the Church’s expense. One such dimwit was Father Peter Conefrey.

Conefrey was the founding member and leading light of the ‘Anti-Jazz League’ in the 1930s – a movement he hoped would rid Holy Catholic Ireland of the corrupting effect of jazz. Coneferey was convinced that jazz (although what he thought of as jazz would certainly not be recognised as such by any jazz fan or musician), was destroying the morals of the young people with its unholy rhythms and lewd dancing. He managed to lead a march against jazz through a tiny town in Ireland and through his contacts get questions asked in parliament about why Irish music was getting displaced on the radio by this sinful jazz music. But under the thumb of the clergy though Irish politicians may have been, this was too ludicrous for even the most devout Irish politician and the movement fizzled out relatively quickly. There’s a fascinating documentary on it here

This coming weekend I'll be taking part in a festival called 'Down With Jazz' which humorously takes the anti-jazz movement as its theme, but has in fact the opposite intention of the idiotic Father Conefrey, in that it is celebrating Irish jazz.

Over three days sixteen bands will show the variety and quality of the music produced here in Ireland by the local musicians and it should be a great festival since there's never been a higher standard of jazz music being played in ireland than there is now.

I think it's fair to say that in western Europe, Ireland's jazz scene is the one that is least known outside of its own borders. Every other scene in western Europe - the French, Italian, German, and various Scandinavian scenes for example - all would be known through various famous practitioners who have gained international reputations and are well known everywhere. Musicians such as Enrico Rava, Martial Solal, Jan Garbarek, and John Taylor are known internationally and through them people know there is a scene in the countries in which they live. Ireland would not be known in the same way in the jazz world, and truth be told, up to recently, while there were some great musicians here, there wasn't enough of them to constitute a 'scene'

Jazz had a slow start in Ireland - there were jazz influenced jazz bands in the 40s and 50s, but the first real jazz musicians began to appear at the end of the 50s and into the 60s with players such as the pianist Noel Kelehan and the drummer John Wadham, both of whom were world class. There were other players around the scene who were good also, but the real breakthrough came with the appearance of Louis Stewart, the great guitarist who was the first domiciled Irish musician to get international attention. Before that the bassist Rick Laird had played with musicians such as Sonny Rollins and Wes Montgomery as part of the house rhythm section in Ronnie Scott's Club in London, and later went on the play with the Mahavishnu Orchestra. Due to his Mahavishnu stint and appearances on various 'Jazz Icons' DVDs, he remains Ireland's most famous jazz musician. However Louis Stewart broke the mould in that he was the first Irish jazz musician, living in Ireland whose work was recognised internationally and he performed with Benny Goodman and a host of other great musicians during his career. A phenomenal guitarist, he inspired a generation of Irish players (including me), and made them believe that this music could be played at the highest level by Irish jazz musicians. 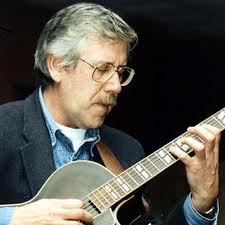 My peers and contemporaries, who came up in the 80s, included some really great musicians, many of whom were determined to expand their horizons beyond Ireland, some by moving abroad, some by studying abroad, and all of whom were very interested in current trends in jazz. Many of us were interested in developments beyond the customary hard bop style of the Dublin jazz scene and the result of that was a broadening of stylistic approaches in the Irish scene and the founding of something that every other European country had - a jazz school.

It took a lot of time to get the full time courses going there, but when they did the school had a real impact on the development of the music in Ireland and aspiring jazz musicians now had access to the same training and information as their European and American counterparts, as well as getting to sit in classes with many visiting musicians of renown. All of this, with the addition of the rise, development and ultimate boom (and now bust!) of the Irish economy had an explosive effect on the jazz scene here. With the coming of serious money into the economy more musicians started to land up on irish shores and this is turn enriched the scene further. Recordings were made, tours undertaken and organisations such as the Improvised Music Company, (the promoters of this weekend's event), created imaginative events and programming.

And this weekend will show the variety and quality of what's currently on offer in Irish jazz at the moment - everything from electronic-infused improvisation to traditional jazz, from through-composed large scale compositions to standards, from duos to big bands. The Irish jazz scene has come of age and the festival is a great showcase for the many great musicians and bands now playing here.

Here's Phisqa, a group that is an exemplar of what effect the influx of overseas musicians has had - led by a Peruvian drummer, it features a South African saxophonist, an Italian guitarist, a Venezuelan pianist and an Irish bassist


I'll also be playing a set with 3G - a family affair that features my brother Conor on drums and my son Chris on guitar.


Things have really changed for jazz in Ireland and hopefully this (sold out), festival will help to make more people aware of the musical riches the scene currently contains. As they might  say in Ireland, regarding this weekend's doings - 'if Father Conferey was alive today he'd turn in his grave.....'
Posted by Ronan Guilfoyle at 11:32 PM