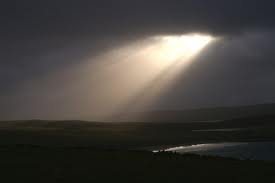 How come every each time jazz is reputedly saved, it’s always saved by music that is very far removed from jazz?

So, if the pundits are to be believed, it looks like jazz is being saved - again... This time by Robert Glasper. The outpouring of critical acclaim and ‘this is the way forward’ type of verbiage around his ‘Black Radio' album, shows that yet again we’re at the point where a particular musician or particular approach is being hailed as a panacea for jazz’s commercial woes. Glasper’s appearance on Letterman and Esperanza Spalding’s stratospheric success are being seen as harbingers of a new popularity for jazz, and light at the end of a particularly dark commercial tunnel for the music. Whenever this kind of things happens – some figure in jazz music gains some kind of success in the mainstream arena, and everyone starts to get very excited – I’m always sceptical. And I’m sceptical for one reason alone – inevitably the reason why whatever newly hailed ‘breakthrough’ is so popular, is precisely because it doesn’t sound like jazz at all. In fact the less it sounds like the mainstream of the music, the more likely it is to be popular.

Now of course this brings us into the endless ‘what is jazz?’ debate, and this is not some thing I want to rehash here – I’ve given my two cents worth on that previously. I’m a believer in jazz being a very broad church that can contain many different congregations. I don’t believe you have to be playing blues and/or swing in order to be playing jazz, though these are undoubtedly the roots of the music, and the area which still houses the vast bulk of the music’s greatest achievements. But there are many ways to skin a cat, and over the years cats have been skinned in an incredible variety of ways. I’m not conservative at all when it comes to what does or doesn’t constitute jazz, but this performance by Glasper on Letterman is to my ears much too far away from the improvisational cut and thrust of what I would consider to be jazz:


It’s Hip Hop with some jazz piano interweaved here and there. And there’s nothing wrong with that if that’s what you’re into – and lots of people ARE into that. Which is precisely the point – to see Robert Glasper’s appearance on Letterman as some kind of harbinger of better things to come for jazz as a whole is naïve to put it mildly. There is no way that Robert Glasper’s more mainstream piano trio would ever have been invited onto Letterman. It is precisely because the music he plays with his Experiment band is NOT jazz that it can have mainstream appeal.

I have no problem with any of this music – it’s well made, well thought-out, well played, and I think both Glasper and Spalding are great talents, and great jazz musicians. But it really bothers me when the music evidenced by these videos is held up as an example of a way forward for jazz, both in terms of direction and popularity. Musically there’s nothing particularly original about Glasper’s Letterman piece – Herbie Hancock did very similar things back in the 70s and in the 1998 ‘Return of the Headhunters’ album his ’Watch Your Back' is absolutely in the same neck of the woods. As for the claim that this music (and Spalding’s) shows a pathway to a new acceptance of jazz by the mainstream public, this doesn’t stand up to any kind of scrutiny.

I should say that it’s not Glasper or Spalding who are making the claims for their music being a giant leap forward in recognition terms for jazz, it’s the world of jazz punditry who once again seem to be besotted by the idea of a major breakthrough for the music being achieved through the rejection of many of the core values of jazz. I don’t believe for a moment that Robert Glasper’s success will have any impact on the careers of other jazz musicians, and the person who will benefit most from Esperanza Spalding’s success is Esperanza Spalding. Both of these musicians have something to offer mainstream audiences, and they’re playing in a commercial genre that mainstream audiences understand. But somebody who watches Robert Glasper on Letterman is not going to be any more sympathetic to say Tim Berne than they were before they saw the Letterman performance. Someone who watches Spalding’s video is unlikely going to be inspired to check out even as mainstream a figure as say Kurt Rosenwinkel. Someone who may be prepared to watch Glasper play a few fills on a Hip Hop tune are unlikely to follow him into the world of his trio and the extended solos that he would play in that context. 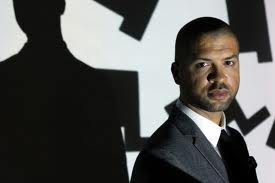 We have to accept that what most of us think of as being jazz will never be popular in a mainstream way. The vast majority of the generation who are currently growing up on iPhones, Lady Ga Ga and X-Box are unlikely to have any interest in the kind of music that demands full attention from the listener and an ability to engage with sometimes challenging music for lengthy periods of time. It’s just not going to happen – at least not in the kind of numbers suggested by an appearance on Letterman. What jazz has to do is increase the awareness of its core values, its variety, the rich rewards that are there waiting for those who are prepared to lend it a curious ear. While I’m convinced that jazz will never again be truly mainstream, I also believe it could do much better than it currently does in public awareness. There is lots there in jazz for an interested and sizeable minority of listeners to grab onto and enjoy. We just have to figure out how better to reach them. For me, the work done by Jason Moran is far more encouraging in this way than Glasper’s Hip Hop project. Glasper is selling Hip Hop with a jazz flavour. Moran has managed to engage with many different musics and eras yet retained a jazz centre to his music in which the traditional virtue of collective improvisation within the ensemble is always paramount. Without musically moving outside the jazz world, he has managed to broaden his audience and bring them along with him. It can be done.

Robert Glasper playing Hip Hop, or Esperanza Spalding’s recent music is not the future of jazz, either musically or financially. It is too far removed from the core values of jazz where the narrative of the music is created by improvising soloists. Jazz cannot be saved by making mainstream commercial music and labeling it jazz. If you take an orange and call it an apple, it’s still an orange. So instead of pretending that an orange is an apple and trying to sell it as one, let’s just forget the subterfuge, try and make a better apple, present it more successfully to the people, and let them decide for themselves.
Posted by Ronan Guilfoyle at 8:58 PM