Thanks and Happy New Year! 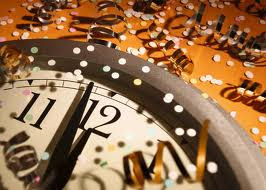 Another year - hard to believe but there it is. I note from my statistics that I wrote 27 blog posts this year, and that four of those make it into the top 10 of most-read posts since the blog started. It was an interesting blogging year on a personal level, though not always pleasant. I had my first taste of an internet troll, and saw what it can mean to put your head above the parapet regarding jazz politics. Jazz blogs in general experienced some serious firestorms in the past year, and I must say this kind of back and forth abuse by people who are supposed to be discussing important things is something I have no time for. It cheapens everything, gets nobody anywhere and only serves to demean the arguments and demeans the people whose means of debate consists of abusing anyone foolish enough to take a contrary opinion.

I was particularly sorry to see an appalling example of this type of ‘debate’ erupt on a respected musician’s blog and he (the respected musician) doing nothing to moderate what was going on. When comments to a blog include threats of physical violence between the protagonists the blog itself becomes pointless. We can get that kind of stuff in the comments to any Youtube video, we don’t need it in what should be an enlightening discussion of jazz and the problems and challenges it faces. Hopefully there will be less of that in 2012 and more discussion of the musicians and the music........ 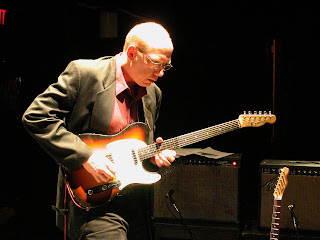 For myself, the next big thing on the horizon will be the premiere in January of ‘Hands”, my Concerto for Electric Guitar and Orchestra, which will be performed by the great guitarist Rick Peckham. I’ve been doing a series of video diaries about this in Youtube and I’ll post something about that very soon. I’ll also be posting my long-delayed interview with Steve Coleman on the subject of rhythm. It’s embarrassing how long it’s taken me to get this out there, but it was a huge interview and I kept falling off the horse in terms of the transcription of it. But it’s almost ready to go now and I’ll have it up very soon.

And doubtless there will be other things that will inspire me to put electronic pen to electronic paper, (European jazz is on my radar......), as the year progresses. But for now I would like to thank everyone who took the time to read the blog and a special thanks to those of you who commented - I appreciate it all.