Give the Drummer Some! 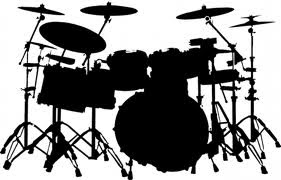 I originally wrote this post over a year ago, and also posted it on my website, but having recently listened to yet another multitude of drum solos over vamps, I thought it might be useful to re-publish it in the hope of putting some ideas out there that might be helpful for musicians who want to feature the drums as a solo instrument and are interested in putting a different wrinkle on it.....


For one reason or another, I’ve been listening to a lot of concerts and performances in recent weeks. And one thing I've heard SO many times in all kinds of contexts, is the drum solo over a vamp. Time was when the drummer’s soloing opportunities were limited to trades with the horns, or maybe a solo at the end of the night or on the obligatory burner at the end of the set or performance. This came to be seen as a cliché and other ways were sought to include the drums as a solo instrument without going to the obvious trades/solo option. Enter the solo over the vamp.

I'm not sure when this entered the vocabulary of jazz musicians -- I can think of Billy Cobham soloing over complex vamps with the Mahavishnu Orchestra back in the early 70s, but it was probably done before that, no doubt an enlightened reader can fill in the gaps for us. But only in the last 20 years or so that this become really ubiquitous, and is a stock in trade of most bands in contemporary jazz. And it’s only when you listen to as many performances back to back as I have in recent weeks that you realise that the solo-over-vamp thing has become as big a cliché in itself as the drum breaks/big solo was before it.

This is not to say that the drum solo over a vamp is not an effective device – it is and, like the drum break/big solo before it, it’s precisely because it is so effective that it’s become so ubiquitous and now somewhat tired. So is there a way to incorporate the drummer as a soloist in a piece without resorting to either of these rather overused devices? Here are a few suggestions:

As usual it’s not necessary to reinvent the wheel in order to come up with something fresh to do – just a bit of finessing of what’s already there can often yield interesting results. Take the ubiquitous drum break for example – drum breaks are still a cool idea, it’s just that they’re always done in the same way – i.e after all the other solos are finished. But here’s a suggestion: Let’s say you’re playing a changes/form kind of piece, (could be swing or not) why not have each soloist begin their solos with a chorus of exchanges with the drums? So each soloist will start with 8s (or whatever) with the drums for a chorus (or two depending on the form length), then continue with their own solo, the next soloist in turn will do exchanges with the drums and then continue on with their solo and so forth. In this way the drummer gets to both play and interact with the soloists yet the breaks are more incorporated into the structure of the piece than in the traditional way.

Again this is just a variation on what’s already done. So if we imagine again it’s a traditional form piece, why not have the drummer play a solo chorus in between each soloist rather than a big solo at the end? Once again this will make the drum solo into a more holistic element of the overall piece and give the drummer a lot of material to work with since he/she will be soloing after more than one soloist. Each soloist in turn will be given a lift into their own solos by the preceding drum solo.

If the piece is less conventional, then other ways to incorporate this drum solo as interlude idea can be brought into place. So if the piece is multi-tempo’d for example, the drums could set up the new tempos with some solo improvised passages, or announce the different sections with a small solo section.

The very cliché that started this train of thought can also be used in a fresh way – like so: Let’s imagine that you’re playing a piece at a brisk tempo – 200 or above – and you want to give the drummer a solo over a rhythmic vamp....... Well instead of playing the vamp over and over again while the drummer plays over the top of it, why not have a few members of the band (3 at most – any more than that and it can get messy), come in and out, and play any section of the vamp at any time? In this way it becomes a very playful thing with nobody knowing which part of the vamp will be played by any one of the players. It’s more challenging too for the players since everyone has to keep the vamp in mind at all times in order not to get lost!

Have the drummer solo with somebody instead of on his/her own, a series of duets (or at least one), probably (though not necessarily), without bass can be both stimulating for drummer and other soloist alike and also create a fresh texture for the ears of the audience.

5) Write longer sections for the drummer to solo over

Instead of writing a bare vamp for the drummer to play over, why not write something a bit more involved? This can be particularly nice in a slower tempo piece where drum solos are rarely heard. If you have a good creative drummer there’s no reason why they should only be given a chance to solo over ‘wham-bam-thank you ma’am’ kind of tunes. A slower piece with some nicely written passages for the drummer to interpret as a soloist rather than an accompanist can make a welcome change for everybody and freshen things up.

There are many more possibilities for using the drums, (or any instrument), as a solo instrument - like so much, it’s just a matter of having a think about the various possibilities available to us instead of always going for the default position. As we know, jazz has a fantastic tradition of drum soloists, and this continues to the present day - there are so many great drummers out there. So let’s try and take advantage of that by using our imagination on how best to incorporate solo drums into our music as an organic constituent rather than always as a flag-waving rabble rouser. Let’s give the drummer some

To finish - here's a piece by John Zorn's Masada where the drum solo is not only incorporated into the piece but almost IS the piece! This is quite an old-fashioned 'drum feature' in a way, but still great nevertheless - especially since it features one of the great contemporary drum soloists - Joey Baron

Posted by Ronan Guilfoyle at 10:18 PM