Every (Jazz) Man Has His Price 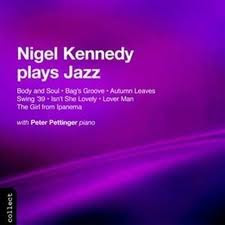 Why do many truly great jazz musicians, musicians who over many years have played some of the greatest music in the idiom and forged reputations as being among the finest in the world, agree to make recordings with people who, in jazz terms at least, simply can’t play?

Why do many truly great classical musicians, have such a lack of respect for jazz that they feel they can hire some of the greatest players in the music to accompany them while they butcher the idiom?

These questions were prompted by listening to an absolutely dire recording by the classical violinist Nigel Kennedy called ‘Blue Note Sessions’ in which Kennedy is joined by some of the greatest jazz musicians active today, who seem quite happy to play with someone who, to descend into Irish argot for a moment, doesn’t come within an ass’s roar of the kind of level of improvisational ability, or vocabulary, that should be required for anyone hoping to come within the aforesaid braying distance of any recording studio containing the likes of Jack DeJohnette, Ron Carter, Joe Lovano and Kenny Werner. And listening to Kennedy’s playing here, he’s so far below the level of the other players – stilted phrasing, clichéd, unimaginative, throwing notes at improvisational problems – it seems extraordinary, at least on the surface, that he could make an album like this with players of this calibre. Yet not only can he be on this album, he is actually the leader on it.

I find these kids of classical ‘crossover’ recordings very both infuriating and depressing.

Infuriating because of the arrogance of the classical musicians who on the one hand claim to love jazz (or Brazilian music, or Indian music or whatever genre they or their record company feel is worthy of exploitation), yet never stop to ask the question whether, if they really respect and love the music as they claim to, they should REALLY be playing with true masters of the idiom, recording it, and putting it out under their own name? Have they no shame? Are they so immured in their own sense of self-worth that they believe themselves to be capable of playing pretty much anything at the highest level? Is it a case of ‘listen, I can play Beethoven’s violin concerto at the greatest concert halls in the world, how could I NOT be able to play a blues with jazz guys!? I’ve been touring the planet and been playing great music with the world’s greatest orchestras for over 25 years, and I’m a household name – of course I can improvise over a simple tune like Autumn Leaves!’ Do they never listen back to the recordings they make with great jazz musicians and writhe with shame at the vapid clichés, stilted phrasing, crocodile tears attempts at blues phrasing, and general corniness of what they play in these projects?

Maybe they do, maybe they’re just pressurised so much by the record company, who feel this will help broaden their appeal, that they’ve no choice but to do it. Mind you, in the EPK video for his Blue Note album Kennedy states that one of the things that persuaded him to do the album was the fact that people like DeJohnette and Carter would be on it – so, no fear of HIM feeling like he’s not worthy to play with jazz people of that calibre. He obviously sees it as a meeting of equals. Nigel Kennedy is a great classical violinist, but is, at best, a hack as a jazz musician (others can comment on the success or otherwise of his ‘Hendrix’ project), so the idea that in this milieu he has the artistic right to record with these musicians is in my opinion laughable. Just because you have the money and the opportunity, should you still do it? Not if you’ve even a shred of respect for the music or musicians involved. But I’m convinced that despite all the profession of love for jazz and respect for the tradition these players pay lip service to, underneath it all they don’t really believe this to be a serious genre – or at least as serious as theirs. Otherwise they wouldn’t record and release these awful discs. 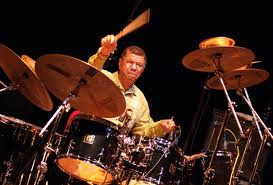 And I find these recordings depressing because of the jazz musicians’ compliance with this disrespecting of the music to which they’ve devoted their lives, to which they’ve contributed immensely, and by which they have inspired thousands of musicians all over the world. Now of course there’s money involved here, and I’m not condemning anyone for having a big pay day. But I think that surely there must be a cut-off point – a point decided upon by a combination of the stature of the jazz musician involved and how much or how little they need the money. I can’t believe at this point in their careers that either Ron Carter or Jack DeJohnette – two musicians who command big fees all over the world – really needed the money Kennedy gave them for their involvement in this mediocre (to put it generously) project.

Nor can I believe that they did this for any other reason than the money – if they really believed Kennedy was any good as a jazz musician they’d be including him in some of their own projects – right? Has any jazz musician of any stature, anywhere, ever included Kennedy (or any other classical high-flyer for that matter) in their own creative projects? I don’t think so. The whole history of this genre is one of the classical musicians waving a wad of money at the jazz guys and the jazz guys scampering over, only too happy to lend their names and prestige to any lame ‘jazz’ project as long as the price is right. Maybe it’s a hangover from the days when you did whatever you could to get by, a gig’s a gig etc. etc. But surely there must come a point where you reach a level of financial security when you really don’t need to place your talent and achievement at the service of anyone who has the price to hire you, regardless of their ability?

Because what I find doubly depressing about this is that I don’t believe the reverse to be true. That is, in the classical world, that the true heavyweights – the Evgeny Kissins, Arturo Benedettis, Anne-Sophie Mutters etc. - , no matter HOW much money was involved, would countenance a jazz guy hiring them to play on a classical recording that he (or she) was making, listen to him butchering Brahms or Shostakovitch or whatever, and agree to have their names lent to the project in order to allow it to gain credibility, and to allow the jazz guys to pretend to their own jazz public that really could play classical music at the highest level. I just don’t believe it would happen. These people have too much regard for their own genre, their own art, their own tradition to traduce it like that in public for folding money. Why can’t the jazz equivalents of these great musicians have the same self-respect and the same respect for their own tradition?

If the greatest players in the jazz world can’t respect the music they’ve helped to shape enough to refuse to publicly appear and record with players who can’t play – no matter how well they may be known in other fields – then what hope have the rest of us got in convincing the world that what we do is serious and worthy of equal consideration with any music?
Posted by Ronan Guilfoyle at 10:34 PM