The Music of John Adams (for Jazz Musicians!) 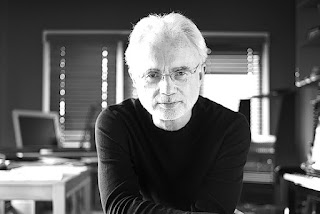 I have a feeling young jazz musicians don't listen to classical music as much as did previous generations.  In talking to young musicians I find a lack of awareness of classical music which is quite different from people of my generation and earlier.  Jazz players have traditionally had a good knowledge and relationship with great composers. 20th Century music particularly appealed to the modern generation of players, Bird loved Stravinsky, Miles admired many composers, everyone loved Bartok.... You can hear the piano music of Ravel, Debussy and others informing the pianism of Bill Evans, Herbie Hancock and Chick Corea. etc. etc. And of course there was the so-called 'Third Stream' which attempted a fusion between the modern wings of both musics.

So it's an interesting phenomenon to see the relative lack of awareness of classical music among young jazz players these days. Of course some are listening to it, but in general I've found there to be a downturn in the classical listening habits of young jazz musicians in recent years.

Which is a pity, because there is so much great composed music out there, ready to inspire and elevate anyone who cares to listen. The purpose of this post is to introduce people, particularly jazz musicians, who care to check it out, and who may be unaware of it, to the music of the great American composer John Adams 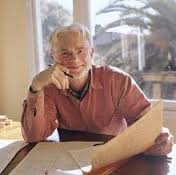 Adams is an incredibly successful contemporary composer with a vast output, and one that happily is increasing every year. He has a huge expressive range, from taut minimalism, to opulently orchestrated pieces, many operas and oratorios, concertos, and chamber music of various kinds, the latter having been greatly expanded in recent years.

In 2007 I had the good fortune to be asked to be Artistic Director of that year's RTE Living Music Festival and had the wonderful task of programming a weekend of music whose main theme was Adams' music. I listened extensively to his output at that time and put together a programme that featured many of his works paired with jazz pieces. I felt this was particularly apposite given the nature of his music and the overtones, particularly rhythmic, of so many contemporary music styles which are contained within his compositions. Adams is a completely equal opportunities guy when it comes to the influences he welcomes into his music, and I can hear jazz sensibilities in much of his music along with other vernacular American styles.

This is not to say that Adams composes jazz music - he doesn't. Nor does he compose those dreadful hybrid pieces which stick what the composer imagines to be 'jazzy' passages onto his or her 'serious' work. These pieces are usually a dog's breakfast, with none of the rhythmic vitality of jazz or any of its improvisational flair. To me it always feels like the composer is slumming it, or 'letting their hair down' for a minute, and putting the serious work away in order to get down with those dissolute jazz guys. It always smacks of tokenism and condescension. And the music is usually dire too.

But Adams is different. In 2007, as part of that festival AD gig, I got to meet him and hang out with him for an hour or so. In talking to him, (and in reading his autobiography later), it became clear that here was someone who genuinely listened to, and had a knowledge and admiration of jazz, and rock, and bluegrass and many other American musics, as well as music from other parts of the world, and this widespread listening found its way into his music in many ways, and always in a very organic way. I admire him hugely as a composer and as a person - he is one of the most erudite musicians I ever met and if you look at any interview with him you will see someone who is both witty and knowledgeable about all kinds of things, not just music. His music is all of a piece with him as a person, and this clear connection between the man and the music is one of the characteristics that one so often finds in jazz. Despite the immense control of the music and the technical detail that he has, the music somehow always feels natural and organic and with an air of spontaneity about it. I think the reasons for this relate to how he has absorbed all his influences both from classical music and the many other musics he enjoys, and fused all of that into a personal language that is immediately identifiable.

As I said, he has a huge output, but I wanted to focus on some pieces that I know, as a jazz musician myself, will appeal to other jazz musicians. I've trawled Youtube to try and find good examples of these pieces and have not used the original recordings in order to stay on the right side of copyright law, and to stay on the right side of my own beliefs. If you see something here that you enjoy, please do buy the commercially available recording, it will help the serious music industry at least a little, will support the work of a great composer, and of course the sound will be one hundred times better than on the crappy Youtube compressed version you're listening to here!

A massive groove piece for orchestra! As a bassist I love the deep riffs he uses throughout this piece. Check out the typically brilliant orchestration too.

This is an interesting piece, not one of his better known ones - composed after a hang with the great Japanese composer Takemitsu and the discovery of their shared love for the music of Bill Evans. It's a very reflective piece with some gorgeous voicings in the piano and beautiful textures in the orchestral writing.

This is a movement from his composition for string quartet and pre-recorded prepared piano accompaniment. Although this clip isn't great visually, it had the best balance I could find between the recorded accompaniment and the live playing. Great off-kilter grooves in this composition and great string writing. I listen to this work a lot!

To be honest I find classical saxophonists' tone difficult to live with aurally. It always sounds closer to some form of oboe than the extraordinarily expressive instrument we know from jazz, and with the huge range of tone of its great players. The video here is of the 2nd movement of Adams' Saxophone Concerto arranged for piano and saxophone, and although the saxophone sound is the aforementioned classical one, there's much here to enjoy for the jazz musician - for example the sheer virtuosity of the playing and the very hip rhythms that inhabit the piece throughout.

Another example of Adams' brilliance at coming up with titles for his pieces, and another favourite of mine - fantastic writing for a very unusual instrumentation that includes electric keyboard and banjo! This clip is good, but do check out the commercially available recording for a proper listen to the intricate detail of the orchestral writing and the properly gnarly clarinet part! Adams was himself a clarinetist at one point and you can hear the knowledge of the possibilities of the instrument shine through in the writing

And finally a piece that has, as far as I know, not been commercially recorded. This audio comes from the concert given at the 2007 RTE Living Music Festival by the London Sinfonietta. I deliberately programmed this piece because I think it's a fantastic piece, full of groovy rhythmic complexity and I know jazz guys will recognise the kinds of things that go on in contemporary jazz these days in that netherworld between funk, jazz and mathematics. And check out those electric guitar and bass parts - killer! I've only included a minute or so of this, because it's probably not legal to have it on here, but hopefully RTE and Adams and the Sinfonietta will forgive me for my 90 second transgression - as I said the work is not commercially available (I wish it was....), and I do it with the best possible motives!

There's so much more great music from Adams, not all as immediately connected to jazz as these pieces, but always brilliantly written and very profound in so many ways, and if this is your first exposure to his work, I hope it will serve as the gateway to many happy hours of listening pleasure and inspiration

Posted by Ronan Guilfoyle at 12:21 AM No comments: